Ilidža: From the fight against construction chaos to the legalization of crime by the previous government 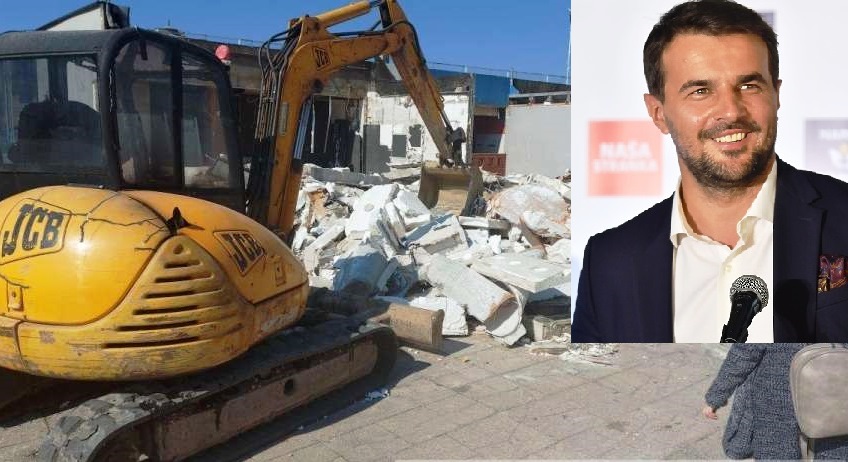 The outcome of the "fight against illegal construction" in Ilidža, which the current government in that municipality boasts about, is that those who built illegally will still be rewarded for it.

This is how the municipality's decision to sell construction land in the same location to the owners of illegally built buildings, which were demolished at the end of March, can be interpreted in a direct contract. In addition, they will be able to have a larger number of premises, which will once again "legalize" lawlessness in the urban planning sector of this municipality, without the chance that anyone will be held accountable for breaking the law.

On May 26, all present councillors of the municipal council voted for decisions on the sale of city construction land to the owners of illegally built shops.

In this way, according to insiders, the current municipal government continued the previous government's practice of serving the interests of the lobby headed by Adil Šurkić, the president of the association of caterers.

Šurkić himself is the owner of one of the demolished buildings to whom the municipality decided to sell the city construction land for approximately 55 thousand KM.

By the decisions of the municipal council, owners of illegally built and demolished buildings will become owners of construction land at a price of 760.76 KM per square meter. That price, given that it is the strict centre of Ilidža, is more than favourable.

In addition to Šurković, 5 other owners will receive construction plots at this price, among them the well-known pop star Hajrija Gegaj. 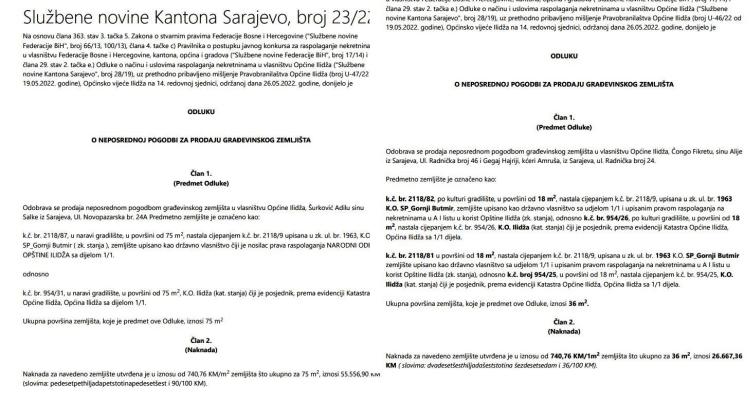 Considering the area of the plots being sold, it is obvious that the owners of the demolished shops will be able to move their shops towards the school, which will endanger the schoolyard.

Šurkić himself said that restaurateurs are more than satisfied that instead of being responsible for illegal construction, they will be given the opportunity to expand on very favourable terms.

"It is in everyone's interest that this end as soon as possible. We, the owners, were all in agreement, and we started work immediately. We hope that the entire alley will be opened and that a circular section will be made and that the temporary buildings will be removed," said Šurkić on the occasion of the demolition of illegal buildings on March 24 this year.

Adil Šurkić is known to the general public for organizing protests against epidemiological measures in the Canton of Sarajevo and banning the operation of catering facilities.

According to our sources in Ilidža, the excellent business and political cooperation he had with former mayor Senaid Memić continued with Nermin Muzura. 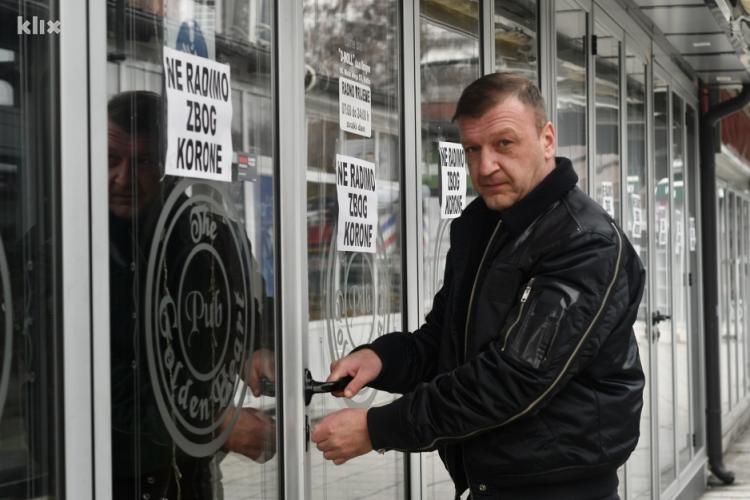 The Beginning of Chaos

Although the urban chaos in Ilidža began even before Mayor Senaid Memić came to head the municipality in 2013, this problem culminated during his mandate.

Memić is the originator of an unprecedented practice in breaking the law when it comes to illegal construction in this municipality, which is why he attracted the attention of the media.

Buildings were built on Ilidža in violation of the regulatory plan in force at the time, for which the permits prescribed by law could not even be issued.

It was built on the basis of a first-level construction permit issued by the municipality.

However, according to the law, the same permit would have to be confirmed by the competent authority of the canton. Without this certificate, the investor, among other things, has no right to utility connections. However, in Ilidža during Memić's time, neither the laws of the canton nor the state were valid, so many buildings and residential buildings, including those in Rustempašina street in the centre of Ilidža, sprung up in violation of regulations.

In accordance with such practice, Memić was not bothered by the illegally built catering facilities in the centre of this municipality.

On the contrary, after the dramatic interventions in the "Ilidža Center" Regulatory Plan in 2018, they were legalized in a way.

It all started when the owner of the "Hollywood" hotel requested to change part of the regulatory plan in order to expand the facility.

The municipal council in which Memić, through the ruling SDA party at the time, had an undisputed majority, so it promptly met this request. The "Ilidža Center" regulatory plan was amended by abbreviated procedure, and the municipal council already made a decision on the amendments on January 25, 2018. 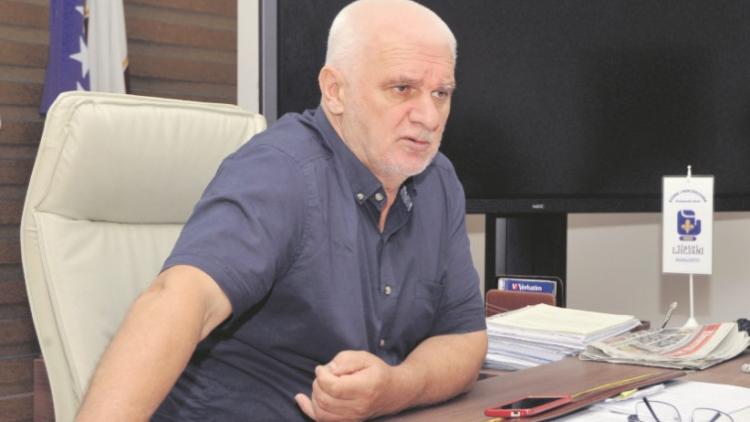 At the same time meeting the requirements of the hospitality lobby, the owners of the bar (which was demolished at the end of March this year) were allowed to put up awnings and expand the garden, which is why the pedestrian zone in this street was reduced to only 2 meters wide.

This decision of the municipality of Ilidža was not confirmed at the cantonal level, which was a legal obligation.

So it was completely illegal.

This is the key to the problem, because based on the suspicious changes to the 2018 regulatory plan and the illegal decisions of the then authorities, new solutions are now being adopted.

Instead of answering for the gross violation of the law and the permanent damage he caused to the municipality of Ilidža, the former mayor Memić was awarded the chair of the ambassador of Bosnia and Herzegovina. 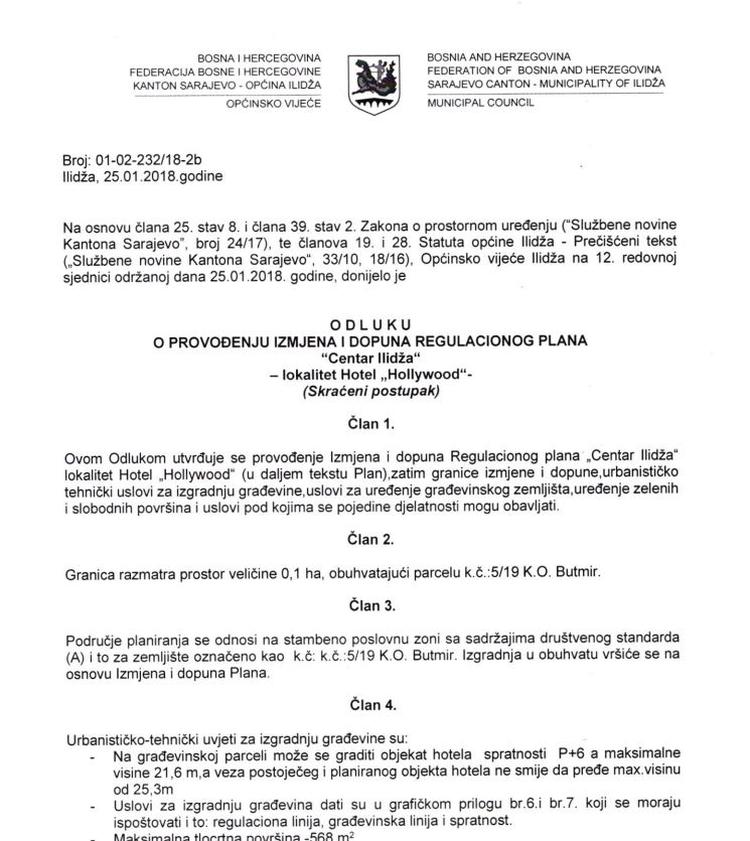 The current mayor, Nermin Muzur, was an SDA councillor and part of the majority that supported Mayor Memić at the time of the controversial decisions. However, in the same year, Muzur changed his party jersey, joining the newly formed Narod i prava (translation: People and Justice party) (NIP) and thus became the main opponent of the then mayor and his illegal urban planning and construction solutions.

Resolutely announcing the fight against the construction mafia and stopping the urban chaos in Ilidža, Muzur won the elections in 2020 and became the new mayor of the municipality of Ilidža.

How the previous government's fight against crime turned into the legalization of illegal activities, we did not get to hear from Muzur. After several promises from his cabinet to contact us and give answers, there was no answer.

Muzur was more open to the media when, during the demolition of illegally built buildings on March 25 this year, he boasted about the introduction of urban planning. 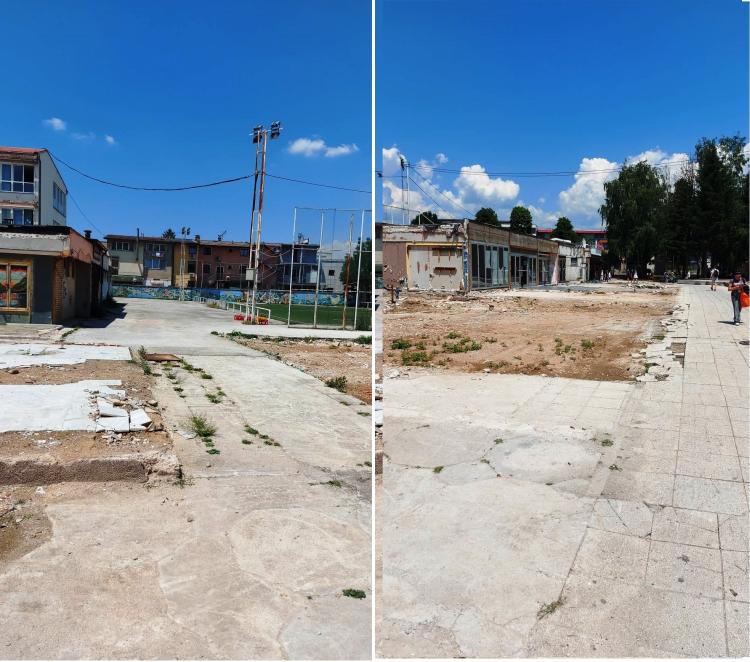 "One of the most important projects of the development of Ilidža is the safe arrangement of the central square, which implies the removal of illegal buildings, and as a result, we will get a large square between the Četvrta gimnazija (Fourth Gymnasium) of Ilidža and the Prva osnovna škola (First Elementary School), a modern promenade from Mala aleja to the tram station," Muzur said in his address to the media.

However, he did not explain on what basis he enables the owners of these same illegal buildings to buy city construction land and thereby legalize the crime of the previous government, which he himself loudly criticized.

In the non-governmental organization "Eko akcija", they say that they are not surprised that the new government continues where the previous one left off. They say that there are more such examples on the territory of Sarajevo Canton. Ilidža is certainly a specific case, which is why it has become synonymous with urbicide and illegal construction.

Hotel "Hilss", built on the territory of the national monument of BiH archaeological site Butmir, is probably the most drastic example. The permit for the construction of a hotel in the protected area was issued by the municipality of Iidža during the term of office of former mayor Memić.

However, regardless of that, the convention of the opposition coalition and the presentation of candidates for the general elections were held in this hotel last week. The meeting was also attended by the current mayor of Ilidža, Nermin Muzur.

"Unfortunately, the citizens are trying to change, but no matter what they choose in power, they will get the construction party again, as we are used to saying. We had a meeting of the municipal council of Ilidža where this former opposition, which is now in power, concluded that the water protection zone should be somehow reduced. At that session, the prime minister of the canton taught them how to create a marketing strategy: not to say that it is an attractive building plot, but to highlight the right to build," says Adis Podić from "Eko akcija".

Utorak, 06 Septembar 2022 10:22
Impuls istražuje
Vlasenica square and monument, another million to "Zvornikputevi" with a dubious tender

Vlasenica square and monument, another million to "Zvornikputevi" with a dubious tender

Public procurement of the Bijeljina hospital: When the tender is "well-tuned" - the winner is known in advance

Ilidža: From the fight against construction chaos to the legalization of crime by the previous government